Crawford's Garibaldi biscuits are a British classic consisting of two crispy, golden layers of biscuit with currants squashed in between. Perfect in tandem with a cup of tea!

Garibaldi biscuits are often referred to as dead fly biscuits due to the squashed fly-like appearance of their currants. They were named after the Italian general Giuseppe Garibaldi following his visit to England in 1854. 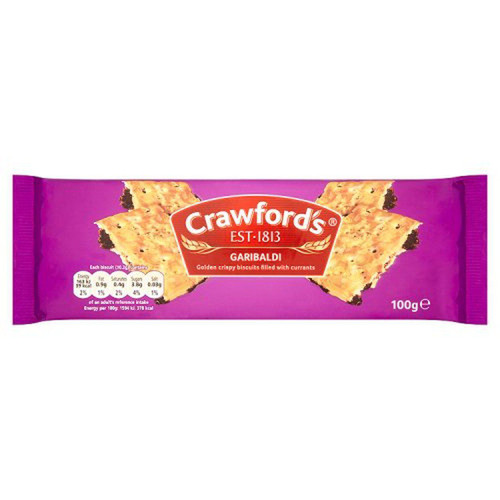